The cookie settings on this website are set to ‘allow all cookies’ to give you the very best experience. If you continue without changing these settings, you consent to this – but if you want, you can change your settings at any time at the bottom of this page.

THE BEST CHEESES, FROM CENTRAL PORTUGAL TO THE WORLD

THE BEST CHEESES, FROM CENTRAL PORTUGAL TO THE WORLD!

IN Corporate Magazine accompanied the launch of the promotional action of the new national brand, Queijos do Centro de Portugal, to the consumers. A brand that honours all the tradition and distinction that involves the cheeses with Protected Designation of Origin (PDO), from the central region of Portugal.

Serra da Estrela PDO, Beira Baixa PDO and Rabaçal PDO cheeses are identified as the main representative products of the Central region of Portugal. They have qualities and specific characteristics which refer us directly to the geographical area in which they are produced, from the pastures to the animals and the people who work and dedicate themselves to making these cheeses.

The cheeses with PDO, Protected Designation of Origin, are so called because they are identified as products originating from a delimited geographical area. In other words, where all the natural and human production phases, until the final product is made, belong to a unique locality. In this case, Centro de Portugal, which thus sees the whole production chain of these cheeses recognised and valued.

The Programme for the Enhancement of the Value of Cheese Production in the Centre Region is a project co-financed by CENTRO 2020, Portugal 2020 and the European Union through the European Regional Development Fund and led by Inovcluster, Association of the Agro-Industrial Cluster of the Centre Region, which is joined by other 14 institutions. *(footnote of the report)

The goals of this project are to improve the quality and food safety of PDO cheeses in the Central Region, as well as to improve the response capacity of PDO and PGI (Protected Geographical Indication) management bodies. Raising producers' awareness of the importance of the qualification process and making PDO cheeses more appealing to the buying public are other key points of the programme. All this with the purpose of providing a fundamental contribution for the economic valorisation of an important endogenous resource existing in the Centre Region: the Cheese.

Christelle Domingos, Executive Director of Inovcluster, explains that the brand aims to leverage, above all, the Centre Region and all that is the richness of this territory. "These cheeses are proof of that and are an ancestral tradition of our territory, a tradition that tells the story of this place." Paula Fazenda, the project's execution technician, states that these products are "unique and of distinctive quality, which are associated with a cultural heritage that is fundamental". 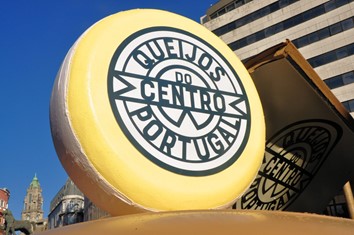 To make Centro de Portugal's PDO cheeses known, the brand visited strategic and emblematic locations in Porto and Lisbon between 6 and 17 December.

On the start day of the initiative, in the Dom João I square, in downtown Porto, we were able to accompany the Central Portugal Cheese van. An opportunity to directly witness the enthusiasm of people passing by with these delicious cheeses. Besides their unique flavours, consumers were also able to know the history behind each one. 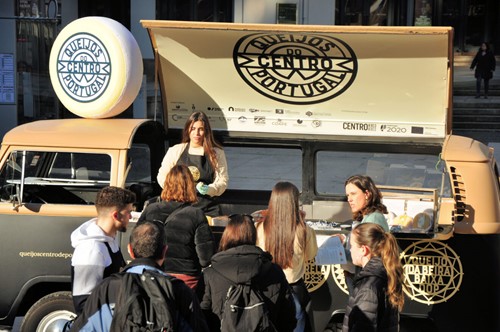 "This brand publicity action is the culmination of this work, and campaign, which has lasted three years, of an identity brand that we present as a launch pad," recalled Christelle Domingos, who also highlighted the great dedication of "behind the scenes of the project". A work with all stakeholders and project partners that allowed the arrival of this final result, where all participants "agreed, adhered and incorporated in their institutional dynamics" the spirit and values of the campaign.

According to the Executive Director, this project included various actions, and this was just one of the many that were carried out. This was the case with the acquisition of electric vehicles for milk collection, the creation of training activities of the School of Shepherds and the School of Cheesemakers, each with two editions. Also the attribution of vouchers, with a monetary value, in order to encourage the production of milk to supply the cheese dairies that produce cheese with PDO in the Centre region. The creation of a Land Stock Exchange that aimed to take advantage of unused land by all those who belong to the cheese sector, amongst other various actions such as studies and meetings. "There was a lot of work that was carried out in order to finally valorise what is distinctive about the Centre Region's PDO cheeses".

Paula Fazenda also remembered that there are many factors that differentiate the Central Portuguese PDO cheeses from those that do not have this qualification. "When we go to a supermarket shelf and see that a cheese with PDO has a higher price than a cheese that is not PDO, we cannot be surprised, because the associated production costs are much higher due to all the requirements that must be met for this". Raising awareness of the real value of each of these cheeses is one of the objectives achieved by this brand. 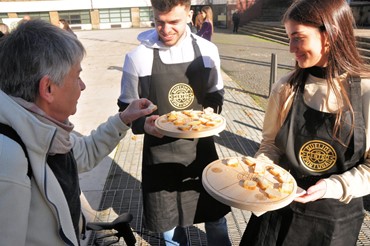 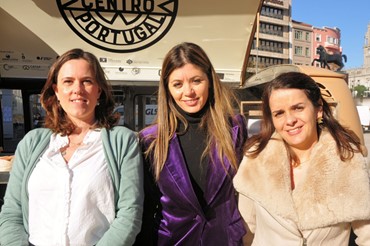 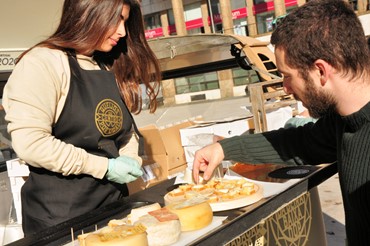 The aim of this exhibition was to present the product to consumers, so that they get to know the cheeses, and their flavour, in order to learn about their ancestral history. This story is told by the hands that make these cheeses, from the shepherds who look after their sheep and goats in these areas of Beira, completing the whole production chain until it reaches the tables of each one of us. The valorisation of this product, so very much ours, helps decisively to fight the difficulties of a fragile sector such as agriculture, moreover, hit again this year by fires in the region. "This Christmas offer something precious" is the motto of the marketing campaign for this festive season. We can only suggest that you do this at any time of year - whoever receives it will surely feel, in addition to the taste, the genuine affection of what is made with so much dedication.

These entities participate in this project: